[Music] An hour with Soda Stereo

Soda Stereo, the trio composed of Gustavo Cerati, Zeta Bosio and Charly Alberti is considered one of the greatest Latin-American rock bands of all time. Argentinian in origin but widely appreciated across the Spanish speaking world, Soda holds a special place in my heart. Their farewell tour was the first ever “real concert” I ever went to: eight-teen year old me was one of the 80 thousand plus people that gathered in Estadio Nacional de Santiago to listen to the trio's last hurrah.

Soda started their career anchoring their sound on classic rock but evolved into synth heavy, mind-bending, ambiance-creating rock. Their style is recognizable across all their discography, composed of great guitar riffs, drums that give songs forward motion and sticky music motifs.

This is my favorite hour of Soda Stereo music:

I have recently given a guest lecture for International Relations students at Tecnológico de Monterrey, Mexico. For it, I wanted to make sure to link some of the classic IR literature to the issues of content mod on social media. I succeeded and failed. The talk ended up being about underlying ideology and politics, which made for great discussion.

I want to use this space to share some of the more crucial elements of the presentation for the sake of public profit. Also, this takes the form of a massive braindump which represents my own views and no one else’s. And thus will be subject to revision without notice.

[Thoughts] How manufactured ignorance is clouding our judgement on tech governance 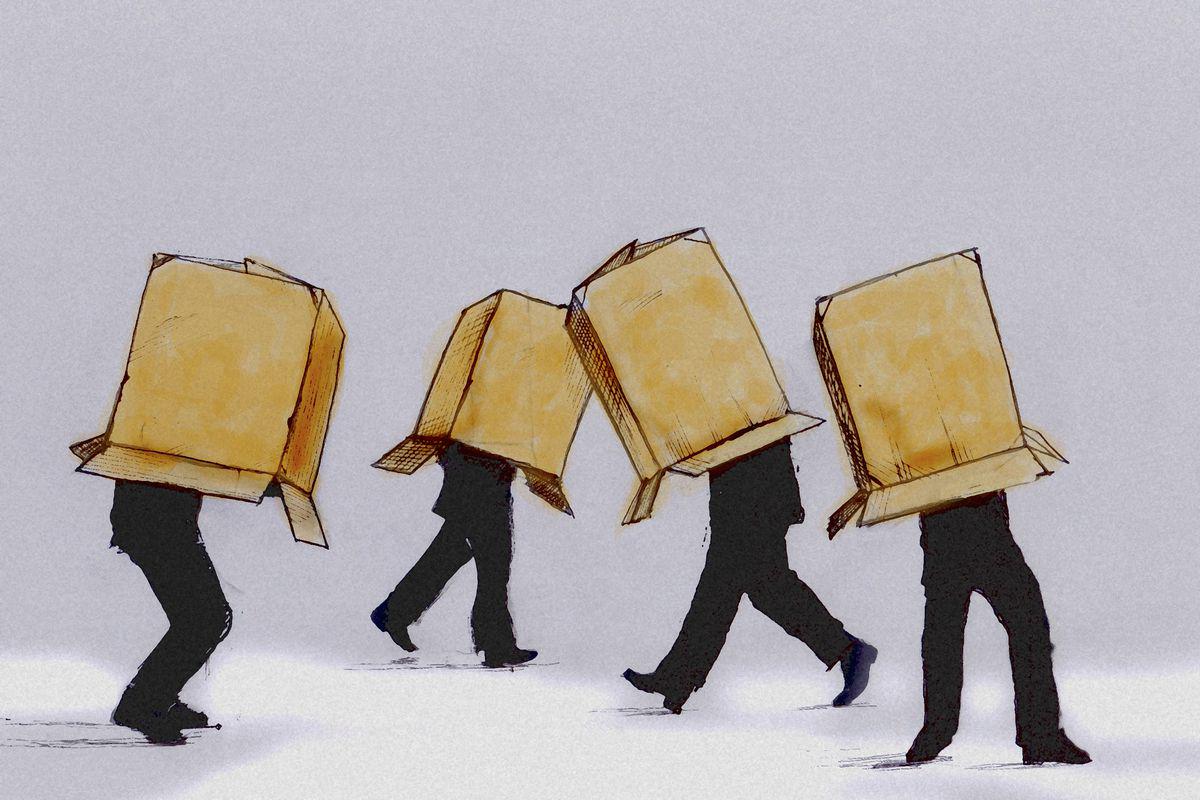 1. What is manufactured ignorance (agnogenesis) and why should we care?

This fancy greek word comes from the mix of the word for ignorance or ‘not knowing’ and ontology, which is philosopher-speak for studying the nature of being. Coined by Robert Proctor and Iain Boal in 1995, they state that “ignorance is not just the not-yet-known, it’s also a political ploy, a deliberate creation by powerful agents who want you ‘not to know’.” In fact, some of the original manufactured ignorance studies were focused on tobacco companies’ public relations campaigns. Their strategy focused on seeding doubt to compete with the epistemological paradigms and scientific evidence to establish controversy.

According to Proctor ignorance can be “produced or maintained in diverse settings, through mechanisms such as deliberate or inadvertent neglect, secrecy and suppression, document destruction, unquestioned tradition, and myriad forms of inherent (or avoidable) culturopolitical selectivity”. He broadly characterizes three types of ignorance (1) native state ignorance (what is yet to be discovered); (2) lost realm ignorance (as product of inattention or sociological selection); (3) strategic ploy ignorance (manufactured with some specific goal). That being said, ignorance is not inherently evil, even when manufactured. I’ll get to that in the final section of the post. However, the public should care about strategic ploys by organizations (government or private corporations) to create public ignorance when their stake may be at odds with public interest.

This post deals with the tactics of manufactured ignorance and information obfuscation that social media companies seem to leverage in order to fend off criticism, avoid answering the tough questions and escape effective regulation.

I had the fortune to contribute to “Nuevas Voces de Política Exterior: Chile y el mundo en la era post-consensual”. A book that proposes a new and progressive path for Chile's stance on foreign policy. Specially relevant for the moment of change that Chile and the world are going through right now.

This chapter is a more of a practitioner's paper that touches upon tech governance and regulation from a global south's perspective, and offers some perspectives vis-à-vis new technologies and policy recommendations, specific to Chile's context and foreign policy stance.

You can check out the chapter here:

For more info on the book check out:

This is a short article that comes as a fast-follow from (1) my previous research currently in press for Nuevas Voces de Política Exterior and (2) the Platform Governance Research Network Conference (@PlatGov on Twitter) discussions on diversity.

Teoría de la dependencia (dependency theory), in the mid 1960s, represented a critical effort to understand the limitations of economic development initiated during a historical period where the world's economy was dominated by the hegemony of large economic groups. In this scenario, Latin American scholars came up with an alternative understanding of the economic inequalities seen across regions in the world. In short, they indicated that there were economic “centres” that dominate the economy and that in order to continue to be on top they required the countries in the “periphery” (e.g. the global south) to be subject to a power dynamic that forced them into being kept underdeveloped (see works by Raul Prebisch, Anibal Quijano, Theotonio Dos Santos and more). The idea that some countries are “dependent” on others for their economic development or position within the economic network gives the theory its name.

These novel ways to understand economic realities, that drew theoretically from dialectic methods and from a marxist understanding of the world, have been contested and criticized for different reasons (see Solorza and Cetre 2011: 135-137 for some of them). However, I'm not here to assess the merits of the theory in terms of its explanatory power or its economic fit. Rather, I believe that the phenomenon of dependency once studied by these Latin American scholars is happening in Tech Platform behavior and governance. Moreover, I believe this situation displays characteristics that could be seen as a form of neo-colonialism.

I show arguments in two sections: (1) asymmetries in the production of Platform Governance knowledge and access; (2) the behavior of Tech Platforms syphons power away from the periphery and their acts might be characterized as neo-colonial given the power dynamics that they exhibit.

It is time that we move on from simplistic assumptions to explain the reasoning behind organizational behavior. These generalized unconscious biases contribute to make us ineffective in understanding the incentives and decision-making paths tech companies actually display. Thus, making us more prone to finding the wrong solutions to the problems of free speech, moderation and AI ethics. To achieve alternative, more intentional, version of these assumptions, I've decided to go back in history (both to my past as a political scientist and also to historical events) because part of the path towards that understanding has already been charted for us.

In 1962, at what some consider the closest moment the world has ever been to nuclear war, the USSR had set up ballistic missiles in Cuba in response to the US' move of doing the same in Turkey and Italy (and their failed Bay of Pigs invasion). After the month and 4 days that the crisis lasted, scholars turned rapidly to find explanations as to why both States had acted the way they did (why did the USSR put missiles in Cuba? Why did the US react by blockading Cuba? Why were the missiles withdrawn?). One of them, Harvard Professor Graham Allison, understood the value of getting this right better than anyone, writing his seminal book “essence of decision” in 1971 to try to explain why the events unfolded the way they did.

Check out my Spotify playlist of (most of) Evans' music ordered chronologically (+1100 songs, 101 hours worth of music): The Quiet Genius – Bill Evans

“I believe that all people are in possession of what might be called a 'universal musical mind'.” – Bill Evans

I've been reading “Bill Evans: How my heart sings”, by Peter Pettinger (Yale University Press) Considered one of the finest jazz pianists in history, Evans' story is breathtaking. From his humble origins in Plainfield, NJ to his career in New York at the Village Vanguard and his European concerts (Paris, London and Switzerland being very prolific for him).

Mondo Grosso, big world in Italian, Shinichi Osawa's other stage name is a band that I have cherished for the longest while in my obsession with Acid Jazz / Rare Grooves (or to everything related to Soul, Funk and R&B, really). Famous for his DJing skills, Osawa embarked on a musical adventure with Mondo Grosso – my interpretation is that the band's name hints to the fact they would be exploring sounds outside of Japan – that lead him to publish under his own record label and to collaborate with people like Monday Michiru, N'Dea Davenport (who has also sung for The Brand New Heavies) and Tania Maria. They produced some of the most iconic acid jazz, indebted to its roots in Funk, R&B, American Disco and, Brazilian Samba.

Here's my Mondo Grosso Spotify playlist and below you will find some of my comments on ten of my favorite Mondo Grosso songs.